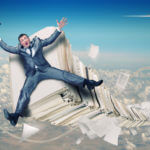 Just the mention of the word “audit” can cause cold sweats and shivers up and down your spine. Visions of IRS agents, interrogation rooms, and jail cells dance in our heads. Community association audits seem to have the negative connotation of pointing out what we’re doing wrong, although most of the time they actually confirm the exact opposite – sound financial procedures and good financial health.

It’s fairly common for an audit to identify some opportunities for improved financial procedures and reporting. In rare instances, audits will uncover major financial issues, including theft and fraud. Here are a few examples of some audit horror stories, and how the dirty deeds were identified. Some of the details have been changed to protect the innocent, and the guilty…

Don’t be haunted by a community association audit

Running a community association as a board member or property manager is a difficult task. The best processes and technologies are only as good as the inputs, and people do make mistakes. Conducting an audit – or a more cost-effective agreed-upon procedures engagement – helps proactively identify and resolve financial issues before they get out of hand, like the examples mentioned above.

Here are a few general examples of the types of issues an audit can uncover. Most can be corrected immediately, or with some additional research and planning.

This tale has a happy ending

Since most audits confirm sound financial procedures, they can help build stronger relationships between residents, boards, and property managers. All parties have neutral third-party proof of the community’s good financial health. Knowing about this level of oversight may also help deter those with evil intentions in mind. They’re out there – waiting….