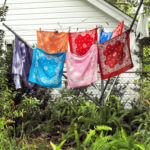 Happy Summer! Last year, we took a June break from our normal HOA financial management topics to share some crazy HOA stories. We had such positive feedback that we decided to do it again this year.

What are the craziest things that HOA boards, property managers, and residents have experienced? I’m sure we all have some interesting tales to tell, so we scoured the internet to find the best stories.  While they probably weren’t perceived as humorous when the events occurred, and some may be more legend than fact, I hope they will bring a smile or chuckle as you read them now.

Of-fence-ive violation. A resident asked for a waiver to build a four-foot fence (vs. three-foot requirement) because his dog kept jumping out. The board told him to appeal to the architectural review committee. At the end of the meeting, the board asked for volunteers to sit on the ARC. The resident volunteered, approved his request, and then quit.

Toilet training. An old condo building had a toilet in the middle of the open basement, probably used in the past by maintenance workers. One of the condo owners evidently liked to walk downstairs to use it when his bathroom was occupied. He was discovered, pants around his ankles, by the building exterminator. The toilet was immediately removed.

Rental Rejection. An investor bought a condo that she planned to rent out. Unfortunately, the community association limited the number of rental units, and she was one over the threshold. The board blocked her from renting, and she ultimately lost her condo to foreclosure.

Public Pool. A developer built a residential community on one piece of land, but put the clubhouse, pool, and other amenities on another parcel. The amenities parcel had a separate loan that went into default. An investor group purchased the amenities at foreclosure, and started selling memberships to other nearby communities.

Sign of the times. An HOA literally went bankrupt trying to punish a homeowner for displaying a political yard sign that was four inches too long. The homeowner cut the sign in half to meet size guidelines, and the board lashed out with (illegal) fines and restrictions. After four years and $400,000 of legal expenses paid through dues increases, the HOA lost.

How to avoid becoming an amusing HOA story

Most of the issues mentioned in these two articles can be avoided through common sense and a little due diligence. Here are four things you can do to avoid being published in our next Amusing HOA Stories article:

Thanks to a number of websites, including Reddit, Bankrate, Zillow ConsumerAffairs, HOALeader, and HOATalk, for providing some of background for these amusing stories. Do you have any funny anecdotes based on your own HOA or community association experiences? Please let me know and we’ll include in our next addition of Amusing HOA Stories.

Have a happy and safe summer!

Page load link
We use cookies to ensure that we give you the best experience on our website. If you continue to use this site we will assume that you are happy with it.AcceptPrivacy Policy
Go to Top