Busted! 10 Famous People Who Got into Trouble for Tax Issues

Busted! 10 Famous People Who Got into Trouble for Tax Issues 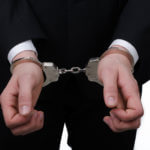 We are approaching the final two tax deadlines of the year. As we work diligently to get business and personal returns filed, we started chatting about some of the famous people who aren’t quite as conscientious when it comes to paying taxes. Turns out that no amount of fame and fortune can keep the IRS from collecting its due. After a little research and a lot of raised eyebrows, we decided to publish our top 10 list.

And the award goes to….

Here are 10 famous people who have come under fire for failing – or allegedly failing – to pay taxes:

Floyd Mayweather Jr. – With tax liens of about $6.3 million for unpaid taxes between 2001-2006, Floyd Mayweather has definitely slugged it out with the IRS. He also gets credit for giving us the idea to write this article.

Al Capone – You may not know this, but it took five counts of tax evasion to finally put Al Capone into jail. He was sentenced to 11 years, which included a stint in Alcatraz.

Pamela Anderson – This Baywatch star was named to a 2010 celebrity list – California’s top 250 delinquent taxpayers. Pamela Anderson supposedly owed nearly $500,000, on top of a $1.7 million lien from the previous year.

Pete Rose – Blaming his troubles on a gambling disorder, former Cincinnati Reds baseball star Pete Rose was sentenced to five months in prison and fined $50,000 for filing false tax returns. He was also banned for life from professional baseball.

Wesley Snipes – This actor played the unique role of a Federal Corrections Institute prisoner, after reportedly trying to cheat the government out of $7 million. Snipes failed to file tax returns from 1999-2001, claiming that he did not legally have to pay taxes. The courts disagreed.

Chris Tucker – After an extended audit into his “poor accounting and business management,” the IRS rewarded Chris with a $2.5 million tax lien in 2014. Chris quickly settled his case.

OJ Simpson – It took an accountant to figure this one out, but the State of California and the IRS want their fair share of OJ Simpson’s income, including his $19,000 monthly NFL pension. Will his troubles ever end?

Martha Stewart – Before she went to jail for insider trading, Martha Stewart was in hot water with the State of New York for failing to pay property taxes. She blamed her tax preparers for record-keeping errors.

Willie Nelson – We saved the largest for last. In 1990, the IRS billed Willie Nelson $16.7 million for unpaid back taxes. Nelson actually recorded his 43rd album, “The IRS Tapes. Who’ll Buy My Memories?” to pay off his tax debt.

It took a while to choose our top 10 from the long list of real and alleged tax cheats. You may recognize a number of other famous (and infamous) people from our research, including John Travolta, Robert Downey Jr., Sophia Loren, Lindsay Lohan, Ozzy Osbourne, Lionel Richie, Heidi Fleiss, Dennis Rodman, Darryl Strawberry, and even “Bud” Abbott and Lou Costello on the lists. Who else should we mention? Please let us know and we’ll publish another list.