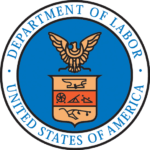 Many of our Bach, James, Mansour & Company business clients were unaware of a major December 1 rule change impacting overtime pay, but a federal judge blocked the effort on November 22 by issuing a nationwide injunction before the rule took effect.

In May 2016, the Labor Department announced a rule that nearly doubled the level at which most employees would be exempt from overtime pay – from $23,660 to $47,476. Had the rule gone into effect on December 1, 2016, an estimated 4.2 million additional American workers would become eligible for time-and-a-half pay for hours worked over 40 each week.

While supporters felt it was long overdue, twenty-one states, the US Chamber of Commerce, and a host of other business groups opposed the overtime rule, arguing that it would increase labor costs, result in fewer hours for workers, and lead to layoffs.

The injunction is only temporary, and the Labor Department has vowed to appeal, although the longer-term fate of the rule will most likely be determined by president-elect Donald Trump. We’ll keep you informed as this plays out.