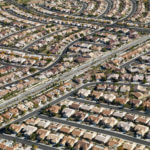 Happy Summer! Rather than focus on a heavy topic like HOA financial management this month, I thought we would lighten things up a little. What are the craziest things that HOA boards and property managers have experienced? I’m sure we all have some interesting tales to tell!

We scoured the internet to find these strange and unusual stories. While they probably weren’t perceived as funny by the involved parties at the time, I hope they will bring a smile or chuckle as you read them now.

Thanks to Zillow, Community123, HOA Talk, HOALeader, the Cooperator, and other websites for providing some of background for these amusing stories. Do you have any funny anecdotes based on your own experience as a property manager, board member, or community resident? Please let me know and I’ll publish a follow-up article later in the year.

Have a happy and safe summer!