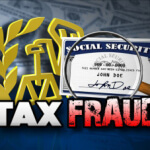 How the IRS’ number one tax scam impacts all of us.

Identity theft tax return fraud is a growing epidemic facing US taxpayers. According to a report issued by the Treasury Inspector General for Tax Administration (TIGTA), more identities were stolen in tax refund crimes in the first six months of 2013 than all of 2012. Last year the IRS reportedly paid out over $5 billion in refunds based on fraudulent tax returns. Taxpayers beware! Atlanta, GA has been identified as one of the top five cities for fraudulent tax returns.

How does identity theft occur?

Schemes to steal personal information range from simple to very complex, but technology and the internet have assisted in the explosion of identity theft. Internet scams provide access to victims’ personal data. Telemarketing and texting campaigns, sometimes with callers pretending to be from the IRS, convince victims to hand over their social security numbers. Even our garbage isn’t safe, as thieves rifle through the trash to find statements and other personal information.

The criminals then file a tax return with the stolen SSN, bogus W-2, and their return address, claiming a refund for the taxpayer or a dependent. When the taxpayer files the real return, the IRS won’t accept the duplicate. By that time, the refund and thieves are long gone. Bach, James Mansour & Company clients were lucky this year, but in the past we’ve seen fraudulent returns filed for 5-year old children.

Identity theft victims have to go through a number of steps to resolve the situation and get their refunds, if applicable:

The thieves are smart, and gangs are even getting involved in these crimes as the risk/reward ratio is much better than other criminal activity. The perpetrators stick to smaller refund amounts to fly under the radar. They use an SSN once, and then move on. They work with direct deposit accounts or even create illegitimate check cashing companies to process payments.

We’re all getting ripped off

If you think about it, even if you aren’t a direct victim, you’re still a victim. We all pay for the $5 billion that goes to criminals rather than the US government. The IRS is working to implement new processes that minimize tax return identity theft occurrences, but the thieves are working just as hard – if not harder – to think up new schemes. I talked to some IRS agents about what they were doing to combat tax return identity theft. To its credit, this year the IRS claims to have identified over 250,000 fraudulent tax returns representing $1.5 billion of claimed refunds.

Here are some additional tactics that the IRS is considering:

Help may be on the way

A bipartisan group of 15 US Senators, including Georgia’s Johnny Isakson, recently wrote to IRS commissioner John Koskinen asking for a specific update on what the IRS is doing to combat fraud, and demanding more safeguards, including the ability for anyone to turn off e-filing  and request an identity theft PIN.  They want the IRS to take much more aggressive and innovative action to combat fraud. Hopefully, the IRS will listen before more of our hard-earned money is stolen.