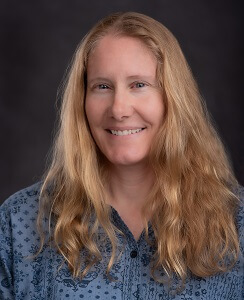 Little did Ursula Armstrong know that when as a former client she contacted BJM for a job reference she would soon be joining the very people she had worked so closely with each tax season. Ursula has served as a bookkeeper for small businesses, both inhouse and on the side. When she contacted Ellen Gelfand looking for a recommendation, Ellen immediately asked Ursula to consider a bookkeeping spot at Bach, James, Mansour & Company.

Ursula originally came to the US from England to break in and train racehorses. She moved on to grooming show-jumping horses and then to a veterinary hospital, where she eventually progressed from animal care into bookkeeping.

Like other BJM employees, Ursula enjoys a good laugh while working hard. She describes herself as a team player who is willing to help wherever needed and always willing to learn new skills.

In her spare time, Ursula enjoys supporting local sports teams (particularly the Atlanta Braves and United), as well as the Leicester City Football Club back in England. For longer adventures, she and her family spend time camping and hiking at both state and national parks. She is also an avid fan of her daughter’s college track team. Ursula and her husband have two children, a son and daughter, as well as two rescue dogs.